Good morning, lovely people! 👋🏽 This is not my normal scheduled day for posting, as you will be aware. However, I feel I can not stay silent after the royal tea Oprah, Meghan and Harry spilled last night in their CBS interview. 🫖

I actually stayed up until 1am yesterday (UK time), and watched the “Oprah with Meghan and Harry” special interview in real time. And my jaw dropped at all the rabbits Meghan and Harry pulled out of the hat.

This morning, I started watching TV and reading the news on the reaction of the UK press. And surely, it did not fail to disappoint. There are many that question the necessity of this interview, and whether “Meghan and Harry really had to do this”.

Let me make one thing clear. Yes. They did. They absolutely did. It is high time someone outed the Royal Family and their problematic behaviour over the course of many, many years.

Before we go any further, for anyone that has not watched the interview, ITV will be broadcasting it tonight 8th March at 9pm in the UK. Otherwise, there are a lot of “other” places you can watch it on, including directly from the CBS website.

At the time of writing this, Oprah is scheduled to appear on “CBS This Morning”, to spill yet some more Royal tea. 🫖 I will update this post accordingly, when more information is available.

But, for the time being, I want to write this article in order to pinpoint the main issues addressed in the interview.

We’ll also explore the opportunities for discussion that came out of it, on issues of racism, mental health and emotional abuse within a family.

1. Racism: A family member was questioning Archie’s skin colour and what it would mean for his title as a Prince.

My jaw dropped at this. My eyes were glued to the screen, and I immediately started recording on my phone to upload this part of the interview on my TikTok (unfortunately, TikTok does not allow me to go live 😠).

Sincerely, I don’t know why this took me so much by surprise. The UK always wants to pride itself on and appear as this multicultural, open country. However, that is, in fact, not true.

While the situation here is not as bad as in the USA, racism and xenophobia still exist; but British people show it in a more subtle, “polite” way. I’ve touched on this on my TikTok, but I have never mentioned it in my blog.

As a foreigner in the UK, I have experienced racism the last 5 years; and I am a white woman, who, until I start talking, can easily pass for British, perhaps Scottish. The racism is, as I said, subtle, almost snake like. I cannot image how POC have it.

This is why Meghan’s words cut deep, and I felt for her and POC so much. It is high time someone spoke so publicly and openly on the shocking racism that exists in this country.

The fact that people from Harry’s family were “concerned” about the skin colour of their babies, and felt it was appropriate to mention it to him is utterly appalling.

This one hits very close to home for me. I couldn’t help but start crying when Meghan shared this.

As she mentioned to Oprah, it is very, very hard to admit those thoughts to firstly, yourself, and then, to the people around you. It takes tremendous effort and courage to ask for help.

The fact that a pregnant woman was put in this position aggravates me beyond belief. And what is worse is that, when she asked for help, she was told it “would look bad for the institution”.

This, in my personal, humble opinion, is total bullshit. If anything, the Royal Family could have taken this opportunity to not only support Meghan, but also, show their support to the millions of people who struggle with mental health issues.

It was their chance to appear more relatable and encourage people who suffer to seek help; if a Royal can do it, you can to. I refuse to believe that no one in their family/institution ever sought therapy -especially after Dianna’s death.

To me, it looks like it was all very calculated; they purposely refused to help her, in hopes she would, indeed, take her own life, and thus, go quietly. I am absolutely disgusted by this revelation, but yet, not surprised.

Anyone that has lived in the UK for any amount of time, will know how the British are all about “appearances”, and “what people will think”.

We have a very lovely saying in Greece, which, sadly, I cannot translate efficiently: «Γιά τό θεαθῆναι».

3. Emotional abuse within a family: Harry was completely cutoff by the Royal Family, and his father refused to take his calls.

This was extremely shocking to hear. We all know Harry has always been treated as the dark horse, and as the odd one out of the Royal Family. But, it was devastating to see in his face how hurt he really is.

It was awful to hear him describe how his own family cut him and his son off, and left him to fend for himself. Let us not forget, Harry grew up with money and in a very privileged position. I cannot imagine how difficult it must have been to lose it all overnight, just because he fell in love with a Black American divorcee.

This is a lesson to us all, on standing up to our bullies, even when those are our closest family members. It is a reminder, to always, always take care of yourself first.

I am actually proud of Harry, for taking charge, and extricating himself and his family from the toxic environment he grew up in.

The bottom line is, I’m still in shock of what has come out to light. I feel nauseated just in the thought of someone refusing a pregnant person, who is ruled by their hormones, their human right to access mental health help. The UK boasts and praises their NHS and “free healthcare”, and yet, the Royals failed to support a vulnerable person when she needed in the most. 🤢

In addition, some people’s reactions to the interview make me want to rip my eyes out and go live in a remote island in the middle of nowhere, just me and my dog.

Unless you have experienced it yourself, you cannot understand what it means to feel your mind is taking over. From my personal experience, it is extremely scary not trusting yourself to be alone.

And having a dog is tremendous help; don’t forget Meghan had two dogs, who could have been her support system.

In the interview, she re-iterated what we already knew: she gave up everything for the Royal family; her career, her dogs, her Canada home.

And for them to treat her like dirt, and not even offer her support in the form of training to be a Royal, in being a Royal mum, in dealing with the UK press, it’s simply cruel.

They could have totally prepared her and given her the mental tools to deal with the imminent pressures, which would have prevented her spiralling the way she did.

That’s all for now, folks. I’m off to watch CBS This Morning, and will come to you with updates.

What do you feel about all that happened? Let me know in the comments, let’s discuss this! 🔊

I hope and pray that the British public will retaliate, at last, against the problematic behaviours of the Royal Family, the Firm and the disgusting British tabloids.

I pray they do so they way they didn’t when Lady Di was taken from them. It is 2021. It is fucking twenty twenty one! I cannot fathom we’re still having these conversations.

Also, I want to remind you all, it is International Women’s Day today! Surely, it is not a coincidence Meghan, Oprah and Harry chose this day to broadcast their interview. 💜

Update after watching “CBS This Morning” with Oprah and the exclusive extra clips.

Oprah basically confirmed that neither the Queen nor Prince Philip were behind the baby’s skin colour comments.

Personally, as soon as I heard Harry talk about it during the interview, my mind went straight to William.

He’s the only person that would probably feel comfortable enough to mention this to Harry and whose reputation would be destroyed if people found out. Also, that could very well be the reason behind their sudden rift.

The two exclusive extra clips were:

The rest of the exclusive discussion with Oprah was her chatting about what shocked her during her interview with Meghan and Harry.

Needless to say, the UK tabloids are already showing their teeth. Some of the comments I’ve read from them and from the public are horrendous. 😐

That’s all for today! I have a post going up tomorrow as normal, where I will be talking about How Deleting My Instagram Made Me Happier.

I will leave you with these two comments I saw on Twitter. 🙃

Let me know your thoughts in the comments! x

-Mental Health Support in the UK-

One thought on “Three Important Lessons from Meghan Markle’s Openness”

I’m Maria, a vegan dog mum, and author of this lifestyle blog.

This group was created for all things books and the joy of reading. 📚 Here you will find the books I review and recommend every month, as well as my favourite writers and genres. 😀

Last but not least, this is our chance to chat about the books we’re reading each month, share notes and updates and suggest new releases to each other! It’s a more interactive space, compared to my blog, and a great opportunity to get together and talk literature! 🤗

View this group on Goodreads » 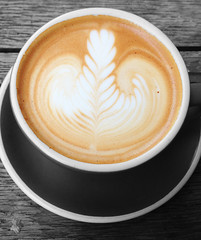 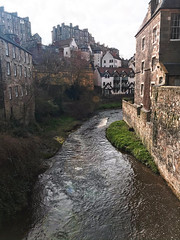 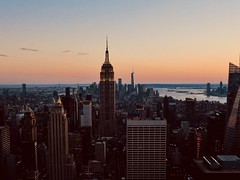 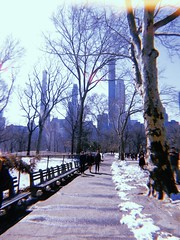